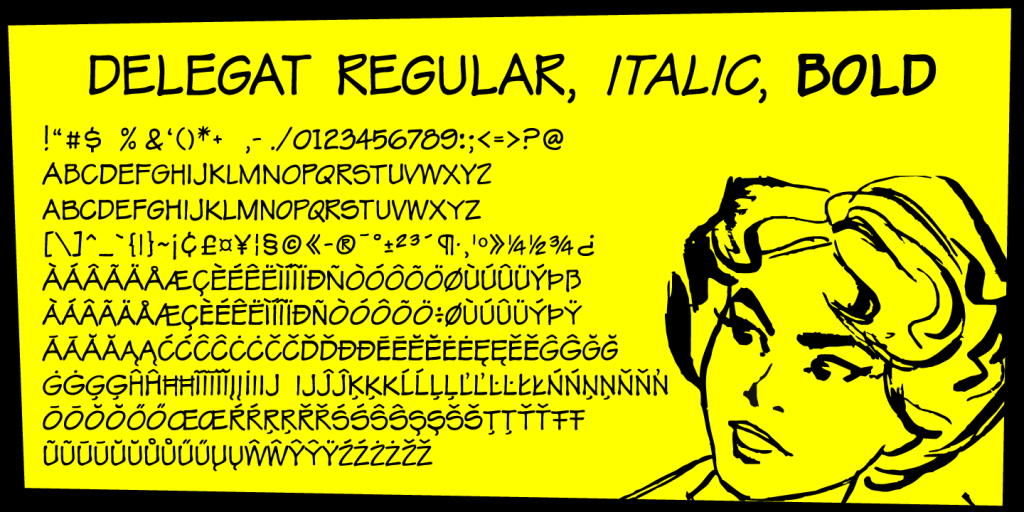 Delegat contains two variations for each letter and ligatures to swap out any two identical letters that appear next to one another for a pair that is slightly different.

Delegat Extra can be used to disguise curse words in comics. 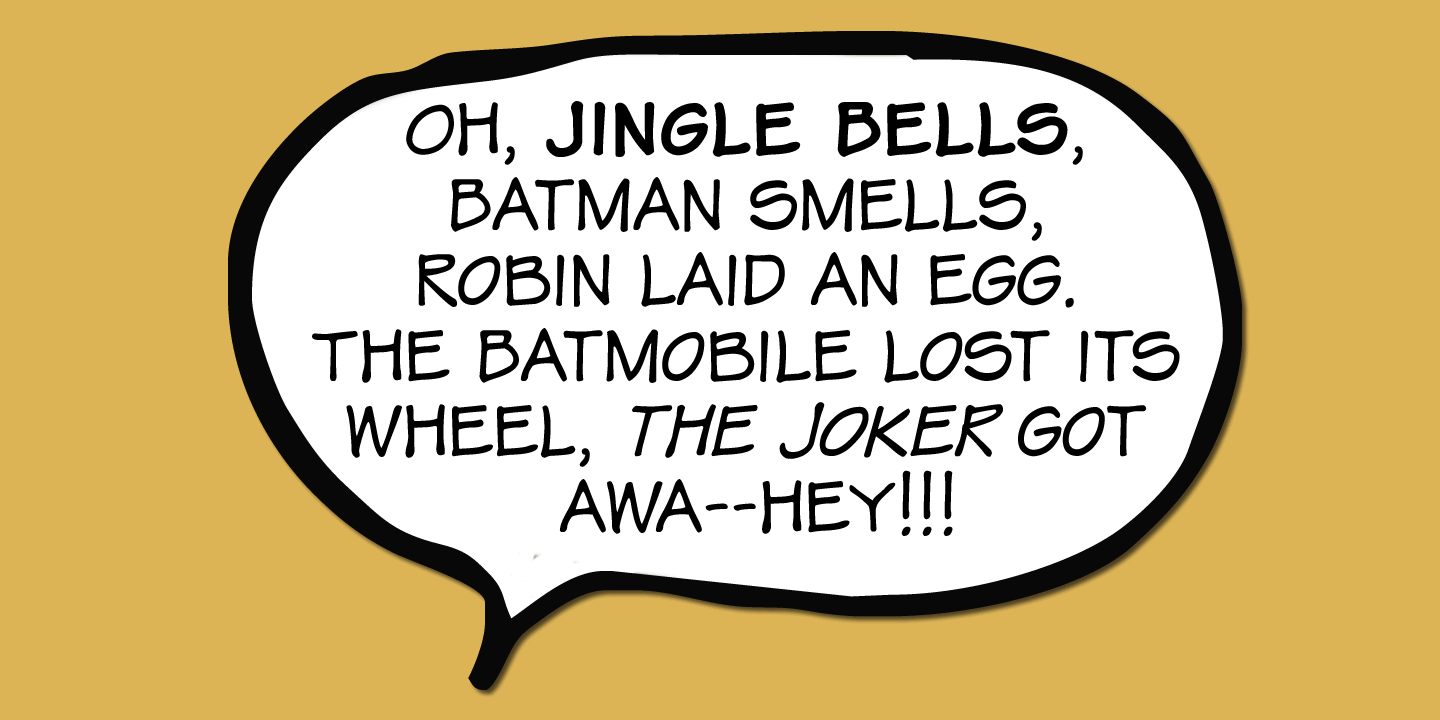 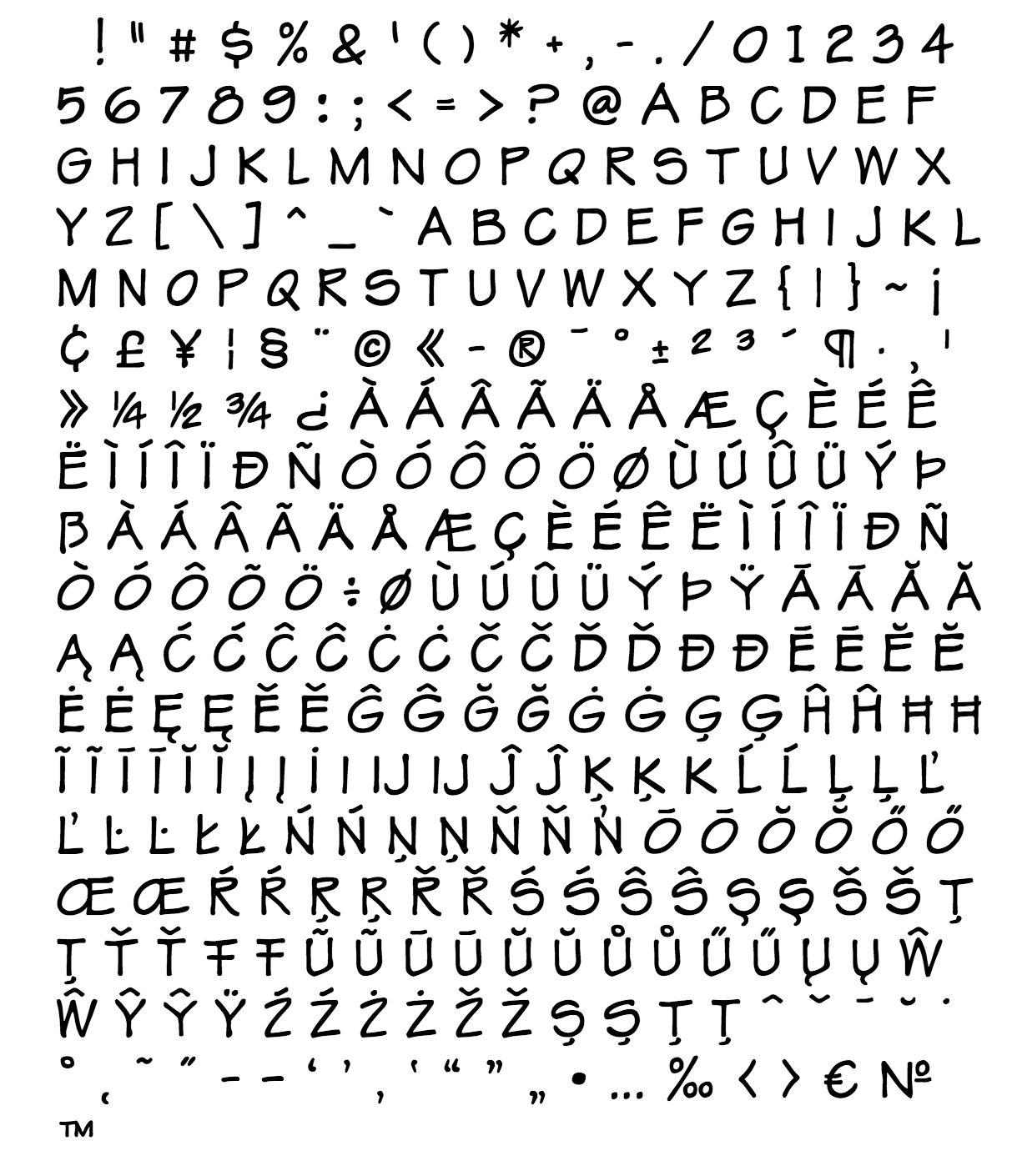